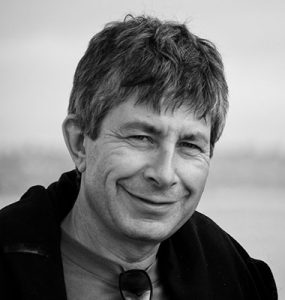 Lev Tsimring’s passion for photography originates in Russia where he spent the first 32 years of his life. Since 1992 he is based in San Diego, USA. In his “day life” he studies nonlinear phenomena and pattern formation in physics and biology at the University of California, San Diego. He is a Fellow of the American Physical Society and a co-director of the BioCircuits Institute at UCSD. In his art, he studies “patterns of life” with his camera. Until the advent of the digital era, he was working mostly in traditional 35 mm color and black-and-white technique printing in his own darkroom. Today he is shooting both color and B/W with a digital camera and makes his own limited edition prints. His artistic interests range from abstract photography to still life, portrait, and landscape, but in the last few years he is more and more attracted to street photography in which he enjoys capturing fleeting moments of beauty, humor, and love in everyday life. Lev travels extensively throughout the world, and through his photography he tries to understand and communicate the spirit of the place and the people. Lev’s photography has been exhibited internationally and has won a number of prestigious awards. In 2005, Lev Tsimring published a collection of his photos in a coffee-table book “Through my eyes” (DEKOM, 2005). In 2015, Lev Tsimring’s second photography book, “Parallels” was published by En Ville. In 2017, along with two writers and another photographer, he co-authored “DTLA/37: Downtown Los Angeles in Thirty-seven Stories”, a book about the vibrant, dynamic landscape of contemporary Downtown Los Angeles.